Arsenic Knowledge and Action Network engaged with the arsenic affected communities in the villages of Simri block, Buxar in Bihar viz. through a two-day health camp, 20th – 21st March to identify patients affected with arsenic toxicity. Following this, focus group discussions and personal interactions were held from 22nd March -26th March so as to gauge the understanding and perception of the communities about the...

Arsenic Knowledge and Action Network was invited to deliver a talk on Development Alternatives: Issues and Challenges in engaging community and institutions in accessing safe drinking water in Bihar for M.A Development students at Central University of South Bihar, Gaya. Download Report

Workshop on Arsenic Problems in groundwater & its remediation in Ganga Basin

The Central Government is planning to launch a nationwide movement to make people aware of the increasing arsenic problem in groundwater in and around the Ganga Basin. Hence, a Workshop on Arsenic Problems in ground water & its remediation in Ganga Basin was held by Ministry of Water Resources and CGWB in New Delhi which witnessed a participation of close to 300 experts from India....

Arsenic Knowledge and Action Network was invited to participate as participants of a panel on ‘Learnings from global/national experiences in deliberating ideas for addressing WASH and infections pathway’ in a two day Partner’s Meet from 1st-2nd March 2017 organised by UNICEF in the backdrop of its Multi-Sector Integrated Programme called Swabhimaan. Swabhimaan tests the delivery of an integrated package of 18 essential nutrition (specific and...

Through the cumulative discussions, interactions and field engagement of Arsenic Knowledge and Action Network in Assam, since August 2014, the issue of arsenic in water for drinking came to be understood as a communication problem. The same highlighted the need for affected communities’ to be informed about the issue so that precautionary measures can be taken. Hence, a workshop was organized during 15th-16th June 2016... 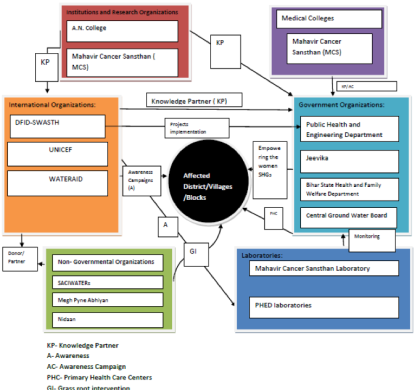 Arsenic is a persistent issue in many of the Ganga Brahmaputra Meghnad basin in India. However, even though mitigating the issue has gained momentum in many other states in India, Bihar remains largely grappled by faults in the institutional mechanism because of which millions continue to suffer silently in the state of Bihar. Still, the state of Bihar is experiencing technological intervention in mitigating arsenic...

The Arsenic Knowledge and Action network in Bihar comprising of Mahavir Cancer Sansthan and Research Centre, AN College, UNICEF, Megh Pyne Abhiyan, Nalanda University, Samta, Water Action Bihar etc. met at Mahavir Cancer Sansthan and Research Centre, Patna on 27th July 2016. It was also attended by media persons from different local print and electronic media. The purpose of the meeting was to discuss on... 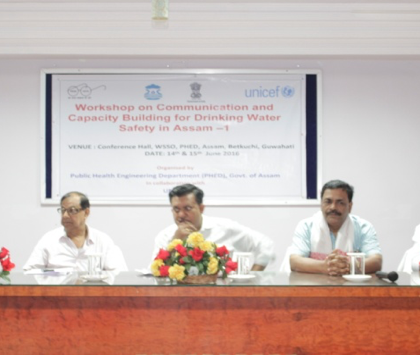 A need to jointly address communication issues on water quality was initially raised in a round table discussion in Guwahati in August 2014. During the discussion the PHED secretary, Mr. A.K. Das pointed out that there needs to be “… new methods of awareness programs”. Mr. Milanjeet Bhattacharya from Institute of Public Health Engineers (IPHE) suggested that there does exist communication material, however, they need... 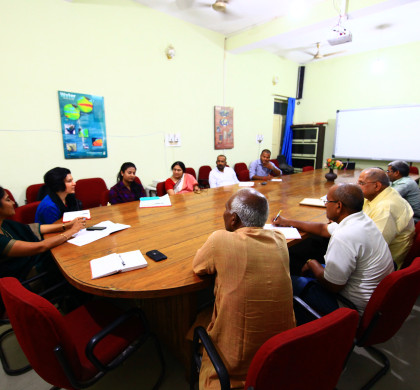 The Arsenic Knowledge and Action Network of Bihar region met at AN College on 28th May 2016 (Saturday). The idea behind the discussion was to reflect on and enable a framework for addressing the challenges associated with arsenic in arsenic affected regions of Bihar so as to find solutions for provision of safe drinking water. The need for a joint consultative workshop was felt to... 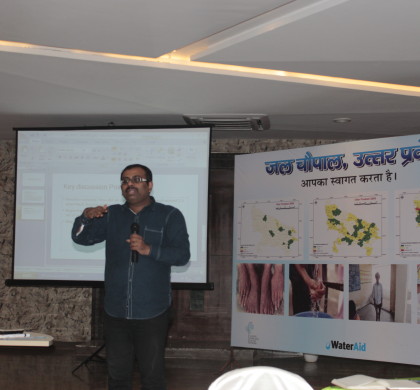