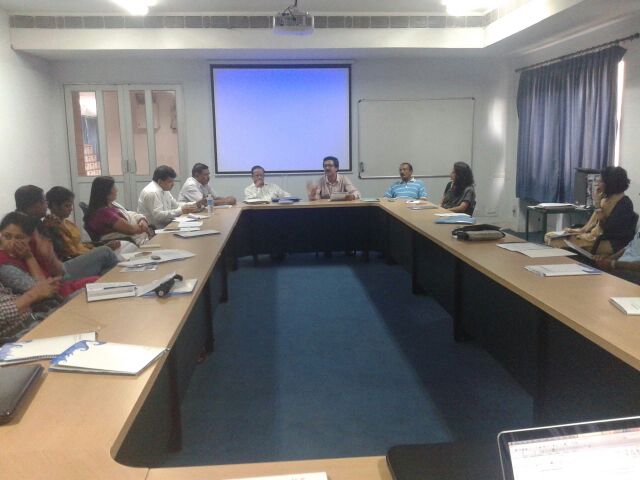 The Arsenic Knowledge and Action Network organized a roundtable in IIT-Guwahati on 5th Sept, 2014. The roundtable acted as a common platform for sharing of information among people from various forums, institutions, organizations and government bodies working on water quality issues (with focus on arsenic contamination). The aim of the roundtable was also to identify a few core areas that needed immediate attention and plan interventions around them. The idea was to have an indicative plan of action for arsenic mitigation in Assam that would identify the gaps in the present strategy being followed and aim to plug them through research, knowledge curation and action interventions. To a large extent, this objective was achieved. Details of the proceedings are mentioned herein.
The day of the meeting saw torrential rains in Guwahati, leading to waterlogged roads and large scale flooding in the city. With the IIT campus being in the outskirts of the city, the scenario looked bleak. Yet, in spite of the heavy rains, the meeting saw good attendance. A group of 26 participants from 17 organizations attended. A keynote speaker, and a leading voice in arsenic studies, Prof. Dipankar Chakroborti, from the School of Environmental Studies, Jadhavpur University, could not attend due to inclement weather and resultant cancellation of his flight.
The roundtable discussions were broadly divided into two sessions:
Session I (Knowledge) –This session was aimed at sharing the current level of knowledge available on arsenic studies, its public health impacts, methodology for diagnosis of arsenicosis and communication strategies followed for awareness generation. The idea was to identify the existing gaps and devise strategies and identify activities to plug the gaps.
Session II (Action & Consolidation) –This session aimed to discuss the existing levels of knowledge and how to use it to address the issues around arsenic contamination, identifying arsenic hotspots and devising an action plan for arsenic mitigation in Assam 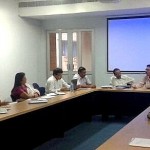 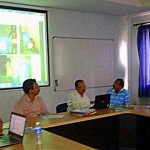 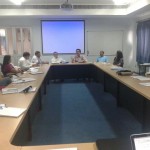 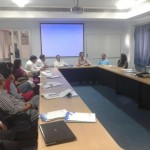 Newspaper Articles on Round Table – Guwahati 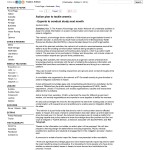 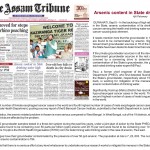 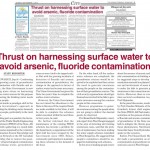