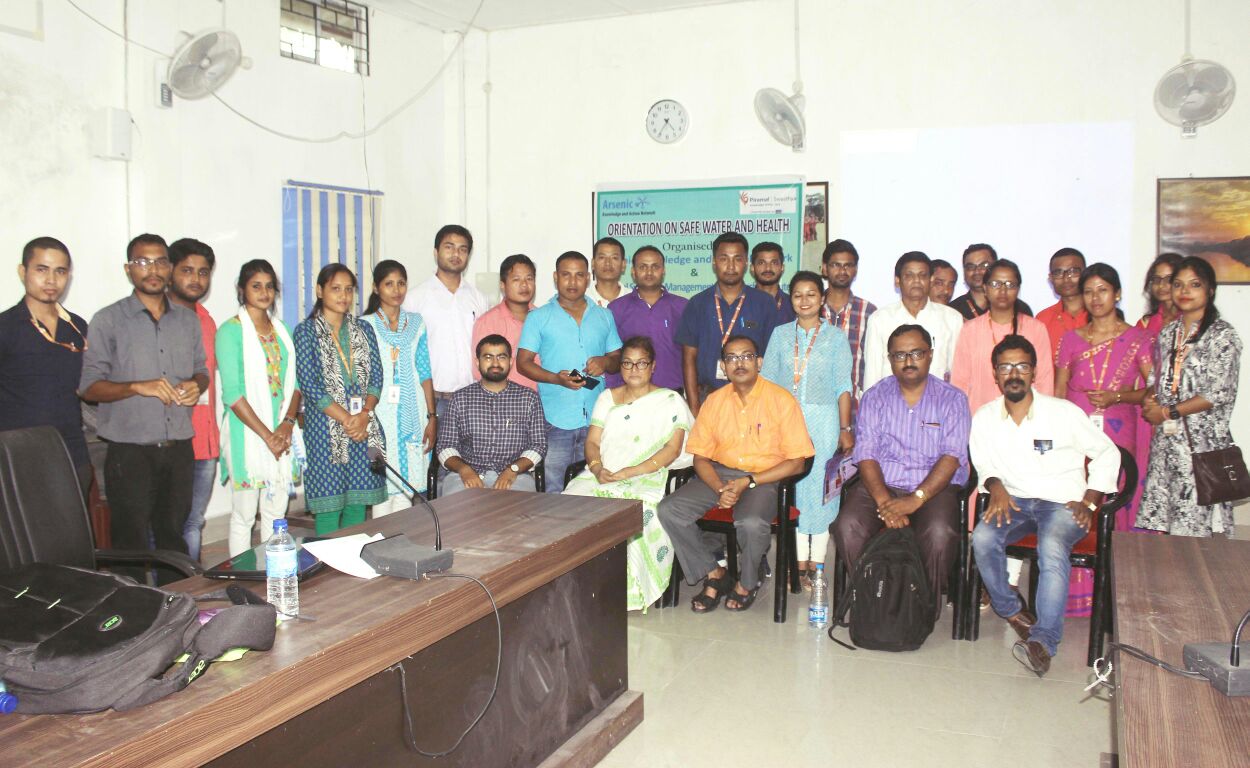 Arsenic Knowledge and Action Network, in collaboration with Piramal Swasthya Management and Research Institute and District Administration, Majuli (Assam) organised a two day Orientation cum Training Programme on Safe Water and Health on 11th and 12th October 2017 at Office of the Deputy Commissioner, Majuli, Assam. The Orientation began with a short presentation on the Arsenic network and largely comprised of in-house presentations by experts on water safety standards (focussing on arsenic) and health effects on arsenic followed by a field visit to arsenic endemic areas in the district. The orientation aimed at equipping the doctors, paramedical staff (ANM’s, ASHA workers), PHED officials and Aanganwadi workers in terms of their understanding on the issue of arsenic contamination in water. IEC material on Arsenic was developed in the local language. Below are the links to the newspaper coverage of the workshop in local English daily and in Assamese newspaper

The Sentinel, Assam, The Assam Tribune