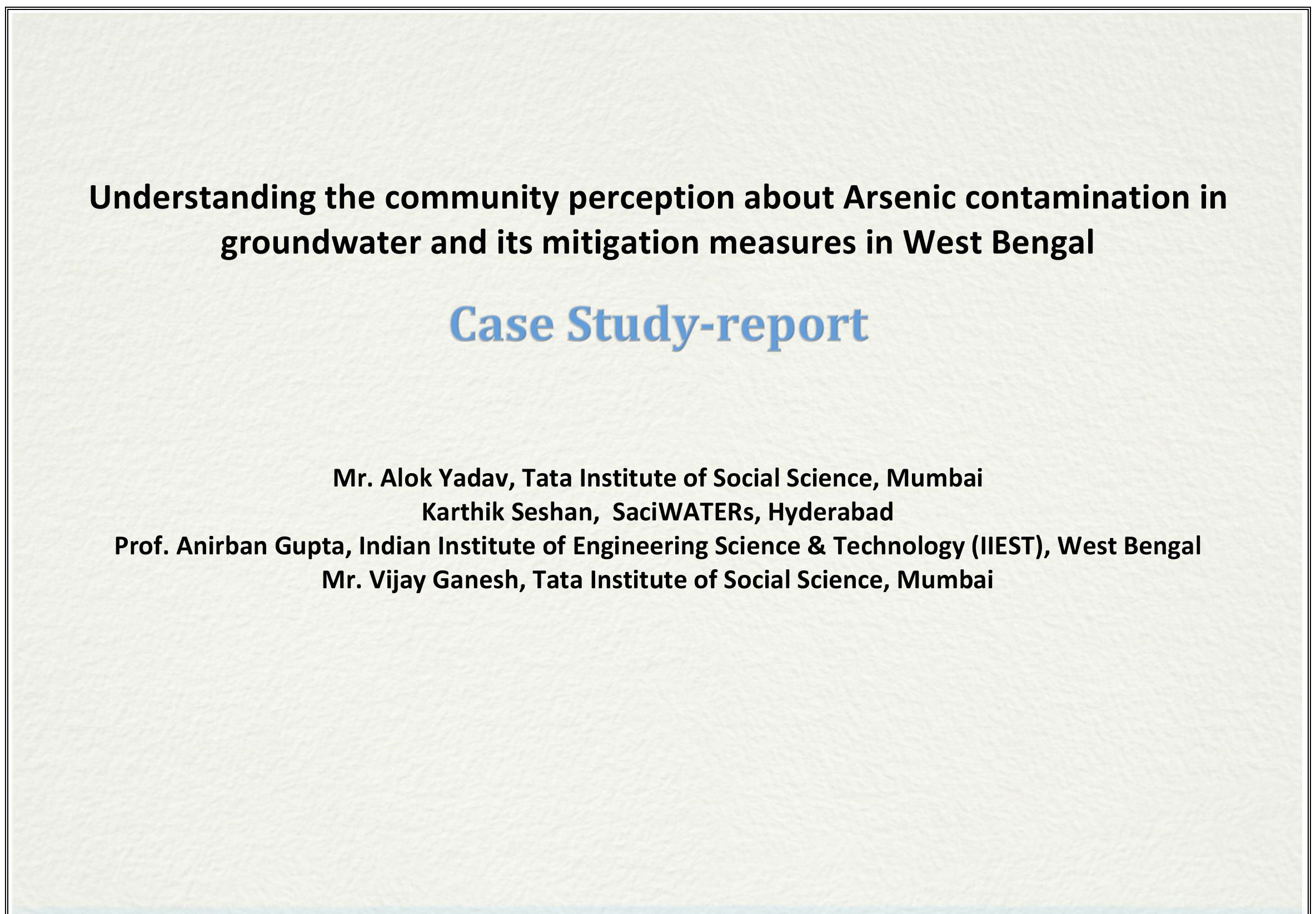 The prevalence of arsenic contamination of groundwater used for both, irrigation as well as for human intake has taken the dimension of a catastrophic health problem in the 9 districts of west Bengal. Studies done have established that inorganic arsenic as well as its compound are extremely toxic to human as well as animal health and its impacts are both acute and chronic. Initially it enters into the human body through ingestion, inhalation, or skin absorption, which mostly occurs through the drinking water and food chain. Impacts of arsenic are more on the vital organs of the body that ultimately leads to death. When arsenic enters into the body it spreads to a large number of organs including the lungs, liver, kidney and skin.