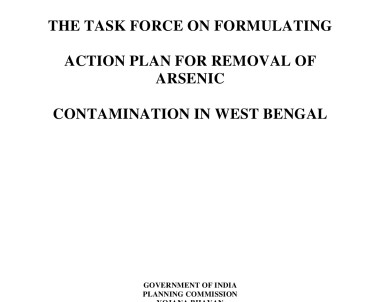 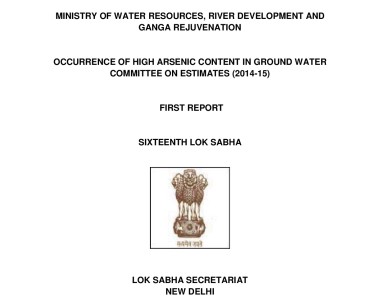 This report by the Committee on Estimates makes an analysis of the extent and magnitude of arsenic contamination on groundwater, by taking into account the contamination of soil and vegetation, its sources and the acceptable limits. The report also discusses the health effects of arsenic, along with suggesting remedial measures and technologies to counter the same. Apart from that, various policy and governance gaps in

Comments Off on Occurence of High Arsenic Content in Groundwater 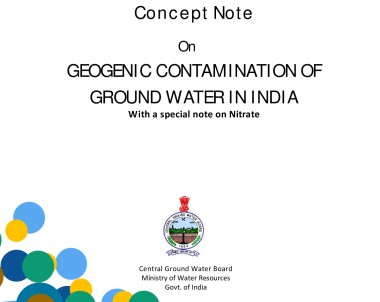 Geogenic Contamination of Groundwater in India

This report intends to serve as a national compilation of all relevant information on major geogenic contaminants reported in India. The report attempts to summarize various aspects of geogenic contamination of ground water with special emphasis on remediation and the way forward in respect of the following parameters viz. arsenic fluoride, salinity, iron and manganese, uranium, radon, strontium, selenium and chromium. All efforts were made

Comments Off on Geogenic Contamination of Groundwater in India 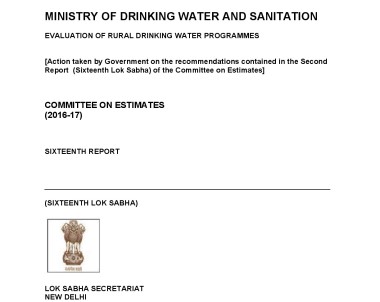 This Report of the Committee deals with the action taken by the Government on the recommendations contained in the Second Report (Sixteenth Lok Sabha) on the subject ‘Evaluation of Rural Drinking Water Programmes’ pertaining to the Ministry of Drinking Water and Sanitation. The Committee further note that the security of drinking water can be achieved on a 100% basis only when the entire rural drinking

Comments Off on Evaluation of Rural Drinking Water Programmes 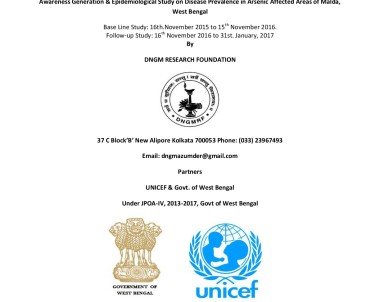 As a part of Arsenic Mitigation Program, Dept. of Health &PHED, Govt. of West Bengal had been entrusted in arranging for treatment for arsenicosis patients and supplying safe water to the arsenic affected population respectively. However, there are many pockets in the State that neither has the required medical treatment facilities to treat Arsenicosis nor an arsenic-free safe water source to be used for drinking 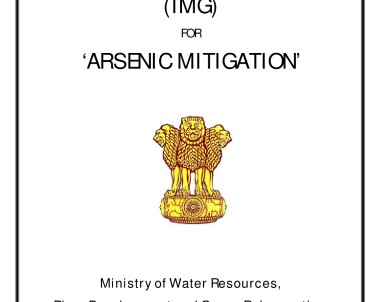 Report of the Inter-Ministerial Group for Arsenic Mitigation

This is a report by the Inter Ministerial Group, which critically analyses the issues, status and actions taken and initiated by different concerned Central Ministries and Arsenic affected States. This report has been prepared after taking cognizance of the concerns, observations, suggestions and recommendations given by the ‘Committee on Estimates’, headed by Hon’ble Dr. Murli Manohar Joshi. The report throws light on the current situation,

Arsenic contamination in groundwater is widely acknowledged now as a public health issue of epidemic proportions and has spread across Asia especially in Bangladesh and large parts of India. This note enlists various technologies and techniques for arsenic mitigation, which have been used as short terms mechanisms to reduce arsenic exposure. A comparison has been made between the different methods, so as to enable identification 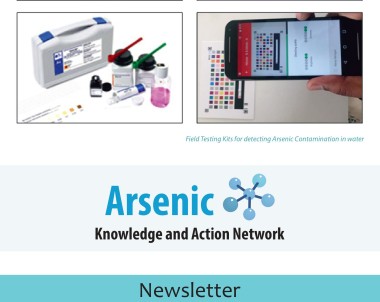 We are happy to bring to you the Ninth volume of Arsenic Knowledge and Action Network Newsletter.

Comments Off on Newsletter Volume 9 – October 2017 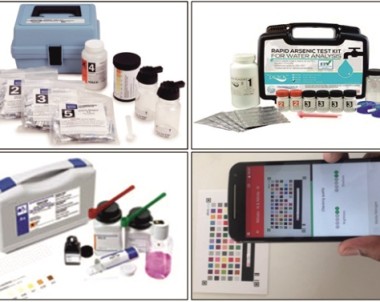 Several field test kits are available for estimation of Arsenic in water. All of them work on the principle mentioned in the following paragraph. Depending on the amount of reagents, quality of reagents and method of testing, different test kits shows different levels of accuracy. All the available test kits are semi quantitative and are based on colour comparison with the reference colour chart provided


Women against arsenic: A Success Story

By Dr. Abhijit Das & Mr. Sayantan Chakrabarti ‘In arsenic infested Haringhata, West Bengal, few housewives are in the business of saving lives by supplying safe drinking water.’ The Challenge: Provision of safe drinking water in arsenic infested areas of West Bengal India, today, has arguably entered, or at least is on the verge of entering, a phase of ‘Hydro Schizophrenia’. In other words, we